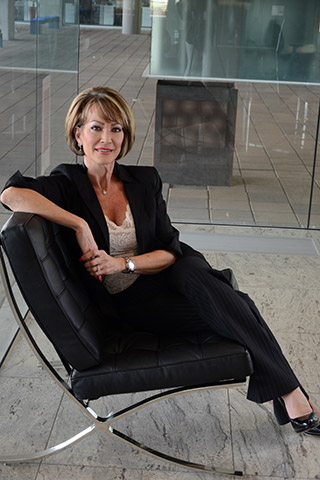 Diane joined the Diversified Partners team as Walt Brown’s executive assistant in March 2014.  She brought with her over 21 years of administrative experience from her previous career in corporate aviation where she was an integral part of the company’s government contracting/proposal writing team. Together, this team successfully secured numerous contracts with government agencies such as the Department of State, Department of Justice, USAFE, and NATO SHAPE, to name a few.  Diane was also responsible for maintaining compliance of the company’s Part 135 General Operations Manual in accordance with FAA regulations.

Over the past three years, Diane has been managing Walt’s extremely busy life, both business-wise and personally, and her responsibilities run the gamut:  from generating investment packages to organizing travel to arranging all of Walt’s vintage car races, no two days are ever quite alike.  She also assists the brokers and the property management team in the preparation of LOIs, tenant leases and any other needs that they may have.

In April of 2015, Diane acquired her real estate license from the Arizona School of Real Estate.